From a linguistic perspective, it seems that there is a difference between the two ‘kinds’ of Hebrew in the Bible – one reflects the Hebrew of the First Temple period and the other of the Babylon captivity and the Second Temple, which is highly influenced by other languages, such as Aramaic and Persian of that time (Books of Daniel, Ezra and Esther for example). 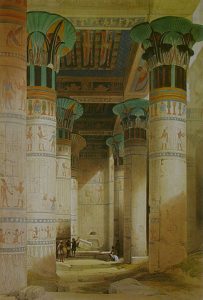 Some copies of those books were discovered more than a half of century ago in the Judean Desert in an area full of caves which is called ‘Qumran’ {קומראן} next to the Dead Sea and are most known by the name ‘the Dead Sea Scrolls.’

The Dead Sea Scrolls also mark the turning point between the earliest phase of Hebrew – Biblical – and the next phase of the development of this rich language: Rabbinic and Liturgical Hebrew.