Our weekly Torah portion, as well as major parts of the Book of Leviticus, is concerned with the laws of the Sacrifices in the Tabernacle. Before we discuss this issue, we should probably explain first the original Hebrew meaning of the word ‘sacrifices’ (which bears the same meaning of the word ‘offerings’ in this context).

The Hebrew word for ‘sacrifices’ is ‘Korbanot’ {קרבנות} (*notice this is the plural form, in singular it is ‘Korban’ {קרבן}) and it derived from the root K-R-V {ק-ר-ב} which means ‘close’. 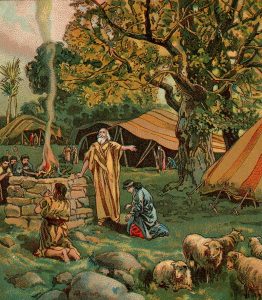 Some of you may recognize this Hebrew root because of its appearance in the name of the well-known Israeli martial art ‘Krav Maga’ {קרב מגע} – which is strongly connected to this root. It suggests ‘a face to face activity’ meaning “an encounter with the opponent from a close distance’.”