Every seven years, right when the year of the Shemitah {שמיטה} ends, during the Feast of Sukkot of the following year a special and very rare biblical event takes place – the reading of the Torah in public, as described in the Book of Deuteronomy:

“So Moses wrote down this law and gave it to the priests, the sons of Levi, who carried the ark of the covenant of the LORD, and to all the elders of Israel. Then Moses commanded them: “At the end of every seven years, in the year for canceling debts, during the Feast of Tabernacles, when all Israel comes to appear before the LORD your God at the place he will choose, you shall read this law before them in their hearing. Assemble the people–men, women and children, and the aliens living in your towns–so they can listen and learn to fear the LORD your God and follow carefully all the words of this law. Their children, who do not know this law, must hear it and learn to fear the LORD your God as long as you live in the land you are crossing the Jordan to possess.” (Deuteronomy 31:9-13) 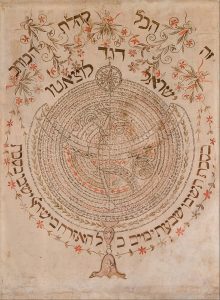 In the original Hebrew, this biblical commandment is known as Hakhel {הקהל} which means ‘assemble’ (as can be found in the verses above). This verb derived from the Hebrew root K-H-L {ק-ה-ל} which means a group of people who have assembled together  and in Modern Hebrew Kahal also means audience and crowd.

From this Hebrew root (K-H-L) derived also the word ‘Kehilah'{קהילה} which means community or congregation and that is the reason it can be found in many synagogues and Jewish communities  names. During biblical times, the king was the one who read selected segments of the Torah. Many people were assembled ( ‘Nikahlu’ {נקהלו} in Hebrew) and were the audience (‘Kahal’) for this public Torah reading.

When the modern state of Israel was founded, this wonderful biblical Mitzvah has renewed. Today, the president of the state of Israel reads the Torah out loud at the Western Wall in Jerusalem – as took place couple of days ago.

It is customary to read in public at the synagogue, during the Shabbat of the Feast of Sukkot  the Book of Ecclesiastes. The original Hebrew name of this biblical book can explain why it is read at this holiday, as the Hebrew name of Ecclesiastes is Koheleth {קהלת}  – yes, comes from the same Hebrew root that was mentioned before K-H-L and simply means ‘gatherer.’

According to a common Jewish belief, when King Solomon, the composer of this philosophical masterpiece, was reading the Torah in front of the people in Jerusalem during Sukkot , he integrated some words of wisdom and morality from Ecclesiastes. I will share here the powerful ending of Solomon’s book:

“Now all has been heard; here is the conclusion of the matter: Fear God and keep his commandments, for this is the whole [duty] of man.” (Ecclesiastes 12:13)