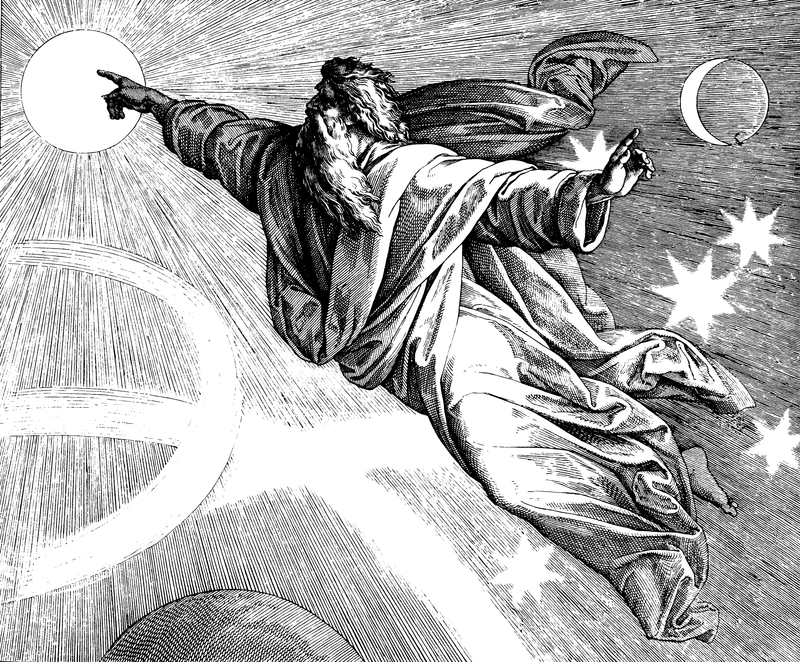 Every week before Shabbat, I write about the ‘Parasha’ {פרשה} (the weekly Torah portion). This week is very special and exciting because tomorrow’s Parasha is the FIRST weekly Torah portion of the year (according to the Hebrew Calendar). It is the opening passage from the Book of Genesis, which is known in Hebrew as ‘Bereshit’ {בראשית} (Hebrew for ‘in the beginning’).

‘Bereshit’ is also the name of our weekly Torah portion and it comes from the first WORD of the first verse of the Bible:

“In the beginning, God created the heavens and the earth.” (Genesis 1:1)

Many words, interpretations and commentaries have been written on this verse, which is probably one of the most well-known phrases in the history of mankind. Today, I would like to share with you another interesting idea about this famous verse – and this time from the perspective of the original Hebrew language of the Bible.

In the original Hebrew it is written:

Having said that, the structure of this part of the verse is rather odd and very unusual from the Hebrew grammar aspect. In Hebrew, the most important part of the sentence, in most cases, will come FIRST.  And in those cases that it does not come first – the VERB will appear first.

In our case, the word ‘Elohim’ {אלוהים}(‘God’) is at the THIRD place in the sentence and the word ‘Bara’ {ברא} (‘created’) which is the verb is in the SECOND place!

In other words, according to the rules of Hebrew grammar this biblical verse should have begun with: ‘Elohim Bara Bereshit’ (‘God created in the beginning’) or ‘Bara Elohim Bereshit’ (‘Created God in the beginning’ – it does not make sense in English but it is perfectly correct to say it like that in Hebrew).

This means the most important part of this biblical verse – as strange as it might sound – is NOT God but rather the Hebrew word ‘Bereshit’ (‘In the beginning’).

From this Hebrew grammar and short explanation, the Jewish Bible commentators have learned the following lesson: God is NOT the most important part of this verse because it is CRYSTAL CLEAR that God created the heavens and the earth (and everything else). God’s creation is manifested in every single thing in this world and therefore there is no need to mention that. But what is not clear and is a valuable piece of information for us is the ORDER of God’s creation and that is the reason why the Bible opens with the Hebrew word ‘Bereshit’ – ‘In the beginning…’