How Difficult Is It to Learn Biblical Hebrew?

When people say, “I want to learn Hebrew,” the first question to ask is, do you mean modern or Biblical Hebrew? Many first-time learners might not realize that there’s a difference. The two have many similarities. In fact, they’re much more similar than even Middle and modern English are. However, there are differences in vocabulary and grammar that do matter. With Hebrewversity, you can find lessons and resources tailored to learning Biblical or modern Hebrew.

What’s the Difference Between Modern and Biblical Hebrew?

Biblical Hebrew and modern Hebrew differ in their grammar, vocabulary, use, and history. Learners should keep these differences in mind, as they can have some effect on a variety of factors like the Hebrew alphabet and punctuation marks, and advanced grammatical rules.

Today, modern Hebrew is spoken by millions of people around the world. It’s the official language of Israel, where five million people speak it as their native language. It’s a modern language with the necessary vocabulary, with words for things like computers and airplanes that you aren’t going to find in any ancient texts.

The widespread use of modern Hebrew today comes from revival efforts that started in the 19th century. Prior to that, Hebrew hadn’t seen everyday use for over a thousand years but was still used in Jewish religious ceremonies. At the time of these efforts, many of the world’s Jewish people spoke Yiddish, a language that still has over 1 million native speakers today.

The revival of the Hebrew language developed vocabulary and grammar from the Tanakh or Hebrew Bible and a variety of religious sources like rabbinical commentaries. More words were adapted from other Semitic languages like Arabic. In the time since these efforts, modern Hebrew has continued to develop and change naturally as any language does.

Biblical Hebrew is the traditional ancient language of the Jewish people. Surviving written evidence of the language dates back 3,000 years, with the language itself potentially being much older. It was spoken in the Kingdom of Israel under David and Solomon and persisted in the region until the First Jewish-Roman War just under 2,000 years ago. The language was largely replaced by Aramaic, although it did continue to see use until the 5th century in the form of Mishnaic Hebrew.

While it no longer saw spoken use, many Jewish people continued to speak and read Hebrew for religious ceremonies. Weddings, bar mitzvahs, and other events included continual use of Hebrew up to the modern day. There was also the continued study of the Tanakh and other works by religious leaders and scholars, Jewish, Christian, and otherwise.

For some who choose Biblical Hebrew, learning a sacred language is the primary factor in their decision. The Hebrew language was the original language of the Tanakh or Hebrew Bible, consisting of the Torah, Nevi’im, and Ketuvim. While canon varies between denominations, the books included in these works also make up the Christian Old Testament. There is also a wealth of rabbinic literature in Biblical Hebrew, providing anyone interested in religion, culture, and history with a reason to learn Hebrew. 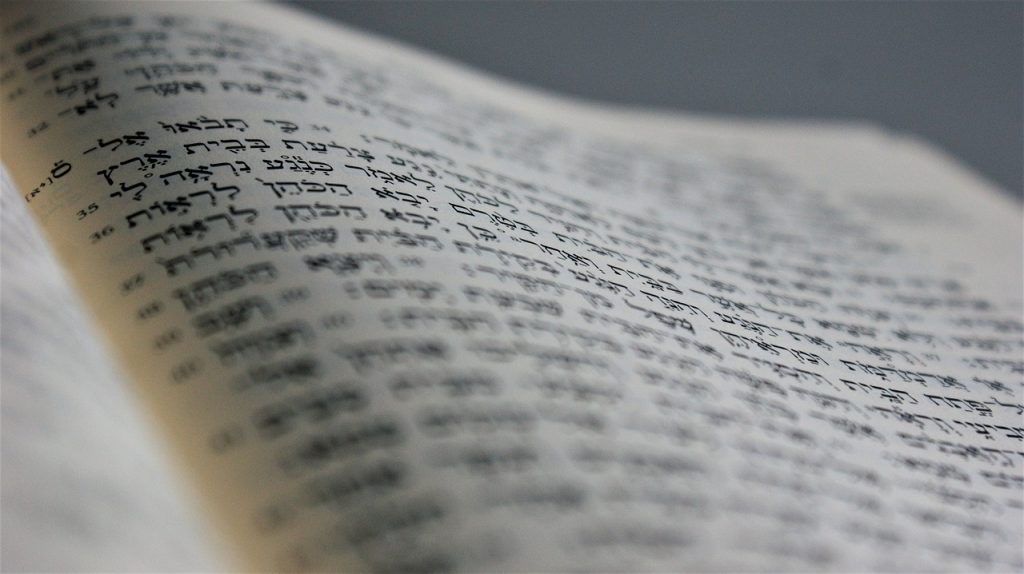 Many new learners ask, “is Hebrew difficult to learn?” While learning a new language can always be a challenge, learning Biblical Hebrew can be one of the easier languages to pick up. For one thing, there are great courses Biblical Hebrew students can use to streamline the learning process at Hebrewversity. With our one-on-one lessons and extensive learning resources, you can learn everything you need to read Biblical Hebrew.

The alphabet used in biblical Hebrew has just 22 letters, less than English or most other languages. Modern Hebrew uses those same 22 letters, but there are a variety of different ways in which the Hebrew script has changed over time.

Another key point here is that Biblical Hebrew is written right to left, the opposite of how English is written. This makes a lot of new learners worry about how difficult to learn Hebrew, but it’s actually very straightforward after a bit of practice.

One area in which Biblical Hebrew is unambiguously an easy language to learn is its vocabulary. With the language being from thousands of years ago, you don’t have to worry about words for freeways, computers, or other modern developments.

The Hebrew Bible itself contains about 8,000 words. This might sound like a lot to learn, but that’s not much for an entire language. There are more unique vocabulary words taken from rabbinic literature and other ancient sources as well, but there is still a very tight core of essential vocabulary. This limited vocabulary served as the basis for Modern Hebrew, which today includes over 100,000 words.

Biblical Hebrew has a syntax and verb system that have some differences from modern Hebrew, but not that many. Because modern Hebrew was revived from Biblical Hebrew somewhat recently (as far as languages go), very few changes have developed. One key point is that verbs are placed at the beginning of sentences before the subject that is engaging in that action, which is reversed compared to both English and modern Hebrew

How Can I Learn Biblical Hebrew?

Learning Biblical Hebrew doesn’t have to be difficult when you have the right tools and support. Hebrewversity has a wide range of content, including guides, resources, audio lessons, and more to help you learn either Biblical or modern Hebrew. We also offer personalized one-on-one Hebrew courses. Just contact us today to develop a customized plan with our Program Director, Ariel.

Learning a new language means learning and understanding a whole new culture. Hebrew is not simply a language but rather a whole culture. To fully understand this magnificent language, one should learn more about its unique history, philosophy, literature and heritage.  For only $9 a month you can gain exclusive access to an absolute treasure trove of high-quality content.
Scroll to top
Skip to content