Beginning today, all synagogues will begin to read the fourth book in the Torah the Book of Numbers.

The original Hebrew name for this book is ‘Ba-Midbar’ {במדבר} (‘in the desert’) and which is also the name of the first ‘Parasha’ {פרשה} (weekly Torah portion) of the book, which can be found in Numbers 1:1–4:20.

The Hebrew word ‘Midbar’ {מדבר} can be a bit confusing and we can find different interpretations for this word in different Bible translations. The old Latin translation (‘Vulgate’) translated this word as ‘deserto’ meaning ‘desert’ in English and so did Martin Luther in his translation of the 16th century, choosing the German equivalent ‘Wüste.’ 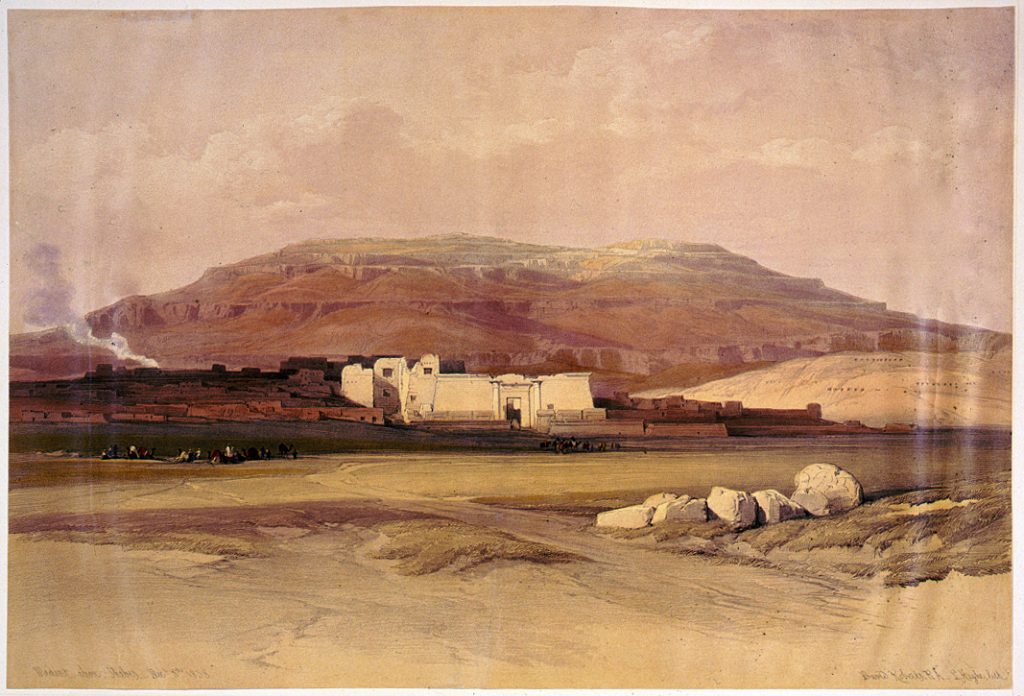 However, most English translations, including the King James Version (KJV), translated this word as ‘wilderness’ which has a different meaning than simply a ‘desert’ and there is a good reason for that word selection.

In fact, the Hebrew word ‘Midbar’ has two different meanings in Hebrew. The first one is a ‘desert’ meaning a land that nothing grows in and is completely uninhabited:

“The land is like the Garden of Eden before them, but behind them a desolate wilderness, and nothing escapes them.” (Joel 2:3)

The other meaning describes an area which the sheep and goats go to eat their grass:

“Then shall the lambs graze as in their PASTURE, and nomads shall eat among the ruins of the rich.” (Isaiah 5:17)

In the original Hebrew, the word for ‘pasture’ is ‘(Ke)-Davram’ {כדברם} which is another grammatical form of the Hebrew word ‘Midbar.’ The reason for this is that the pasture was an area which did not have enough water to grow crops, but still had enough grass to feed the animals, so the lack of rain is the link between the two biblical meanings.

The initial meaning of the Hebrew root ‘D-B-R'{ד-ב-ר} – the root in which the word ‘Midbar’ derived from – is ‘to transfer’ or ‘to move one thing to another place’ as is the case with moving the sheep and goats from one place to another, or the ‘switch’ or ‘the transfer’ of a fertile land to a desert (‘The land is like the Garden of Eden before them, but behind them a desolate wilderness.’)

The Hebrew learners probably noticed that the word ‘Midbar’ resembles the Hebrew verb ‘Medaber’ {מדבר} (‘speaks’). Well, that is no coincidence, because the connection between the two is manifested in the way that the Hebrew Bible sees the concept of leadership. In the Bible, the three patriarchs (Abraham, Isaac and Jacob) were shepherds and so was Moses and King David. What they all had in common, among others, was the ability to ‘transfer’ the herd from one place to the other.

When looking closely, it seems like Moses is the exception between the list of the biblical leaders who were mentioned above, because Moses had speaking problems and that is why he was not considered a ‘natural leader’ like the others.

When a person speaks he ‘transfers’ ideas from the mind to the outside world and a good leader has good speaking skills – not just during biblical times but also in our times. Moses who did not excel in speaking, yet he was one of the most dominant leaders in human history and teaches us a great lesson for how the Bible sees leadership – good speaking skills are great but real actions have more value…