Yesterday we began a short series of three posts about the special qualities of Betzalel, the chief artisan of the Tabernacle and its vessels. We started with the biblical meaning of “Choch’ma” {חכמה} (Hebrew for wisdom) and today we will discuss the next quality in line – intelligence, which can be found in Exodus 31:3.

Most of the English Bible translations are divided into two groups with regard to how to translate the original Hebrew word “Tevunah {תבונה}.”

The first option is the more popular among the translations and is ‘intelligence’ – which derived from the Latin translation of the Bible (‘intellegentia’ in Latin).

The other group -like King James Version for example – chose the English word ‘understanding’ – which derived from the German word ‘Verstand’ that appears in the German translation of the Bible made by Martin Luther it the 16th century. 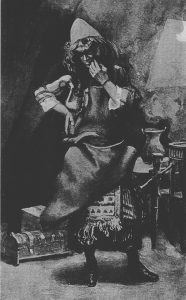 So what is the true meaning – ‘intelligence’ or ‘understanding?’

The answer is BOTH. The original meaning of the Latin word ‘inellegentia’ is ‘understanding’ – in the sense of comprehending deeper ideas and thoughts.

And this is precisely the real meaning of the original Hebrew word “Tevunah” that is derived from the root B-Y-N {ב-י-נ} , which can be found in the Hebrew verb “Le-havin” {להבין} which means simply ‘to understand’ and also in the Hebrew verb “Le-hitbonen”{להתבונן} (found mainly in the Book of Job) meaning ‘to look closely,’ ‘to observe’ or ‘to examine.’

In other words, God granted Betzalel the ability to understand profound spiritual ideas (“spiritual intelligence”) when he was appointed to be in charge of the building of the Tabernacle and its vessels.
Tomorrow’s post will be the last in this short series and will deal the meaning of the last quality – ‘knowledge.’