The previous posts from last week dealt with the camp order of the people of Israel in the desert, so today we will discuss the original Hebrew meaning of words related to this issue.

“The people of Israel shall camp each by his own standard, with the banners of their fathers’ houses. They shall camp facing the tent of meeting on every side.” (Numbers 2:2)

The original Hebrew word for ‘standard’ is ‘Degel’ (דגל). True, in Modern Hebrew – and in some cases in biblical Hebrew – this word means ‘flag’ which bears a similar meaning to ‘standard.’

However, in this specific case, the story is a bit different and we have here a classic case of ‘the chicken and the egg.’ In the ancient languages of the East, such as Akkadian, ‘dagalu’ means ‘to look’ or ‘to see. From this verb, we derive the noun ‘digulu’ which means ‘sight’ (or in other words a visible object) such as a flag (‘standard’) for example. 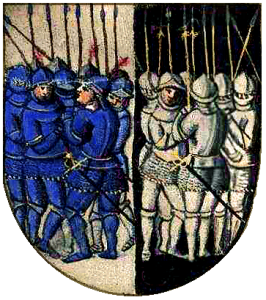 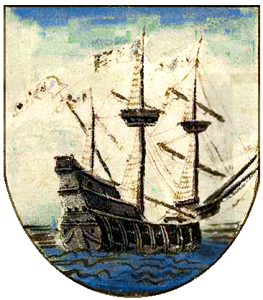 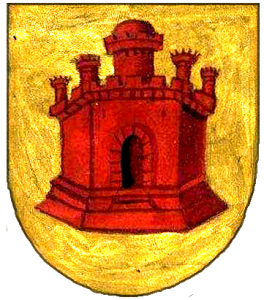 Like today (and also in the old days) each military unit had its own flag (‘standard’) and this term was associated with military units. Since the census which appears in the beginning of the Book of Numbers was conducted for military purposes, the meaning of the original Hebrew word ‘Degel’ in this case is ‘military unit’ – which was identified by its ‘standard’ and that is the reason for selecting this translation.

The Hebrew word ‘Degel’ appears in the meaning of a military unit in some of the Dead Sea Scrolls as well – which were found more than a half century ago – and reflect the Hebrew which was in use two thousand years ago.

This etymological phenomenon can be found in other Biblical Hebrew words such as ‘Shevet’ ({שבט}’rod’) and ‘Mate’ ({מטה}’staff’). Both words were used to describe the object that the leader of the group or the clan held in his hands, but later on was associated with the word for ‘tribe’ itself.

Today both words (‘Shevet’ and ‘Mate’) simply mean ‘tribe’, as can be seen in the following verses:

“The SCEPTER shall not depart from Judah, nor the ruler’s staff from between his feet, until tribute comes to him; and to him shall be the obedience of the peoples.” (Genesis 49:10)

“The Reubenites, the Gadites, and the half-TRIBE of Manasseh had valiant men who carried shield and sword, and drew the bow, expert in war, 44,760, able to go to war.” (1 Chronicles 5:18)

There, in the original Hebrew both words – ‘scepter’ and ‘tribe’ – appear as the same Hebrew word ‘Shevet’.