Cain’s famous brother was Abel. The Bible tell us that Abel was born after Cain; and unlike the latter, the Bible does not elaborate about the reason for Abel’s name:

“And Adam knew Eve his wife; and she conceived, and bare Cain, and said, I have gotten a man from the LORD. And she again bare his brother Abel. And Abel was a keeper of sheep, but Cain was a tiller of the ground.” (Genesis 4:1-2 KJV)

The meaning of the name ‘Abel’ can suggest something about his destiny. This is because the
initial meaning of the Hebrew word ‘Hevel’ {הבל} – that is how Abel’s name appears in the original Hebrew – is ‘passing.’

Since ‘passing’ has a time related meaning, it is also the Hebrew word which is used to describe ‘a very short period of time.’ Over the years ‘Hevel’ also became another Hebrew word for ‘breath’ because it describes the very short duration of one single breath.

Now, it starts to become clearer how this Hebrew name – ‘Hevel’ – can suggest Abel’s destiny, since he had a very short life. However, it does not end here and there is another much deeper layer to the meaning of his name in Hebrew.

From this initial meaning, a very important biblical concept evolved – which is known as one of the main features of the Book of Ecclesiastes and even directly inspired  an entire European stream of art in the 17th century which is called ‘Vanitas.’

The Latin term ‘Vantias’ is taken form the Latin phrase “Vanitas vanitatum omnia vanitas” which is the old Latin translation of the second verse of the first chapter of Book of Ecclesiastes:

In the original Hebrew the phrase ‘vanity of vanities’ (‘Vanitas vanitatum’ in Latin) appears as ‘Hevel Havalim’ {הבל הבלים} – yes, that is right, the SAME as the original Hebrew name of Abel!
What is the connection between the meaning of this biblical figure of speech and Abel’s name?

Well, this stream of 17th century European art is, to be quite honest, very depressing as it describes the emptiness of life. It suggests that everything is meaningless and eventually all people will die. This concept implies that everything has an ‘expiration date’ since people are mortal and eventually they all ‘will pass’ and this is precisely the deeper Hebrew meaning of the word ‘Hevel’ whose initial meaning is ‘a very short period of time.’ 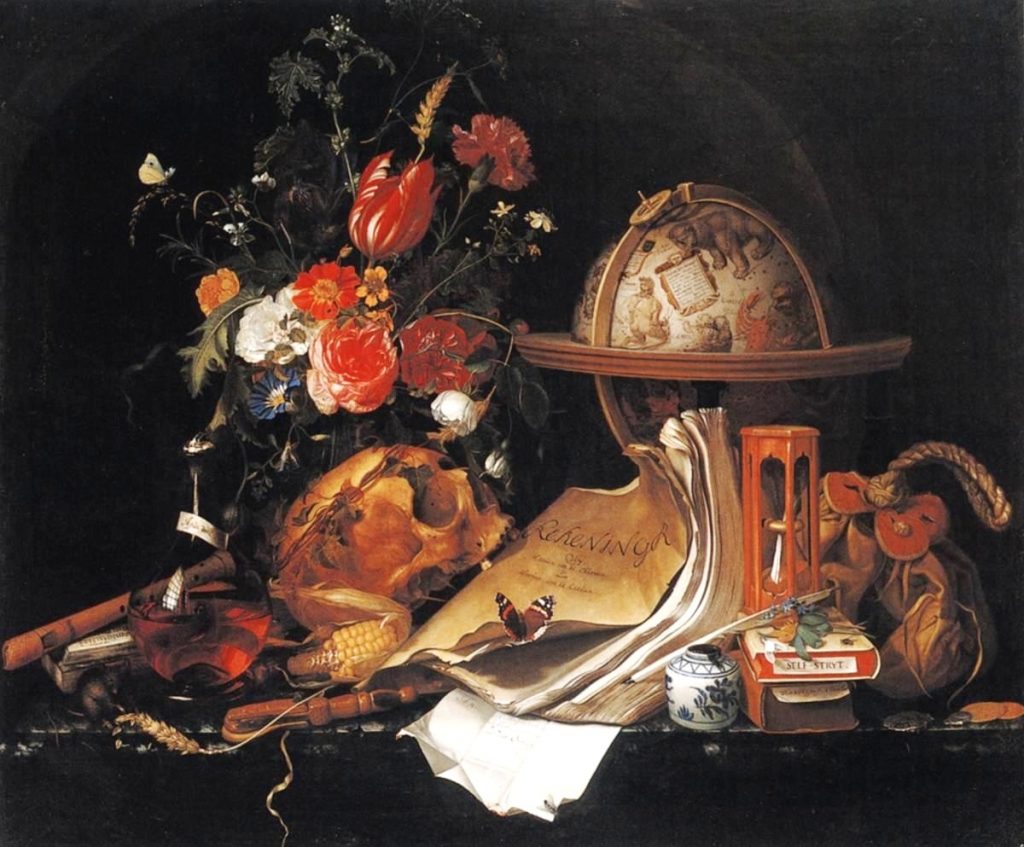 In other words, the duration of one’s life span is a very short period of time (in biblical terms and from the perspective of eternity) so ‘the life on this earth’ – which is relatively short – became associated in Hebrew with ‘vanity’ and ‘meaninglessness.’

*The English term ‘Vanity’ and its different derivations like ‘vain’ for example, were influenced by the Hebrew ‘Hevel Havalim’ and speak about a person who is obsessed with ego and materialistic things – hence wasting his short life on false things.

Abel (‘Hevel’ in Hebrew) was the complete opposite of his brother Cain. While Cain was obsessed over materialism and his ego – and even the Hebrew meaning of his name suggests that – Abel was NOT interested in those materialistic things at all as we will see in the next post in this series.  In fact, Abel was the manifestation of BOTH Hebrew meanings of his name: ‘life is too short’…