The priestly blessing is one of the most well-known biblical texts. Let’s have a look at it:

“The LORD spoke to Moses, saying, “Speak to Aaron and his sons, saying, Thus you shall bless the people of Israel: you shall say to them, The LORD bless you and keep you; the LORD make his face to shine upon you and be gracious to you; the LORD lift up his countenance upon you and give you peace. “So shall they put my name upon the people of Israel, and I will bless them.” (Numbers 6:22-27)

If one reads this text in the original Hebrew, he will discover a very fascinating thing about the structure of the text, which cannot be seen in the English translation:

The LORD bless you and keep you. (1) The LORD make his face to shine upon you and be gracious to you. (2) The LORD lift up his countenance upon you and give you peace. (3) 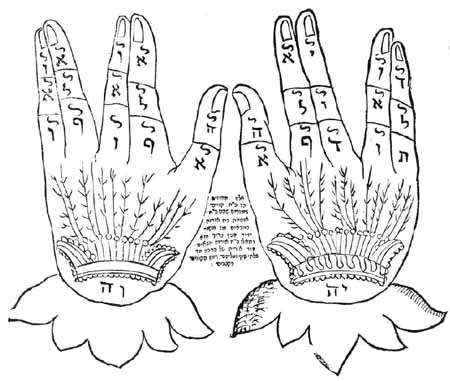 And now let’s compare with the original Hebrew text:

When looking at the original Hebrew, it is clear that the first part is the shortest, the middle part is a bit longer and the last part is the longest. If we will count the words, we will discover that the first part has THREE words in it, the middle part has FIVE words and the last part has SEVEN. Which means we have here a perfect, harmonic mathematical ratio. But what do the different numbers symbolize?

Three is a typological number in the Hebrew Bible (and in Judaism) represents the three patriarchs (Abraham, Isaac and Jacob), the three Pilgrimage Festivals (Passover, Succoth and Shavuot) and the division of the Hebrew Bible into three parts (Torah, Prophets and Writings). And this is considered to be the ‘first plural’ form in Hebrew, since one is singular and Hebrew has a special separate form for two (‘the dual form’).

Five is the number of ‘unity’ in Judaism. For example, as in the case of the four corners (in Hebrew ‘winds’) of the earth which unite in the middle – at the fifth ‘corner’ (the center). There are also five books of the Torah symbolizing unity.

Seven is a number we mentioned several times before, especially when we had our discussion about the ‘Shemitah’ (the sabbatical year). It is a number which symbolizes ‘completeness’, such as the seven days of the week.