Yesterday we talked about the ancient nation of giants – the Rephaim (רפאים). The discussion about the Rephaim opens a window to some of the most intriguing ancient traditions commonly practiced in the Ancient East during biblical times.

While Rephaim was their common name among the Israelites, it seems that the other peoples had different names for them – such as:

“Like the Anakim they are also counted as Rephaim, but the Moabites call them Emim.” (Deuteronomy 2:11)

The word Emim (אימים) is derived from the Hebrew word Eima (אימה) which means terror or fear (in Modern Hebrew ‘Seret Eima’ {סרט אימה} means a horror film) and can teach us about how the ancient Moabites’ perspective on the Rephaim. 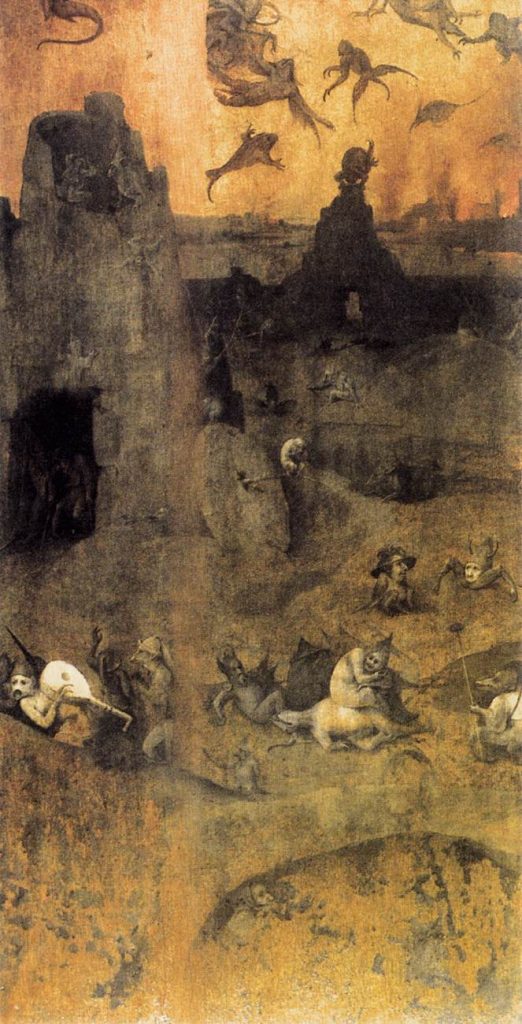 The reason is that the Rephaim were closely associated with the spirits of the dead. Even today, ‘Ruchot Rephaim’ (רוחות רפאים) means ghosts in Modern Hebrew. This fact can explain the other name of the Rephaim employed by the Ammonites:

Zamzummim (זמזומים) comes from the Hebrew word Zimzum (זמזום) which means ‘buzz’ or ‘hum’ and describes the characteristic noise they produced which is strongly associated with the ancient belief of the noise the spirits of the dead generated, as can be found in the Book of Isaiah:

“And when they say to you, “Inquire of the mediums and the necromancers who chirp and mutter,” should not a people inquire of their God? Should they inquire of the dead on behalf of the living?” (Isaiah 8:19)

Another captivating explanation for this name is based on the unique morphology of the Hebrew word Zimzum -which is an onomatopoeia – a word that phonetically imitates the source of the sound that it describes.

When one thinks about it also the English translation of this word ‘buzzing’ also imitates the production of the sound it is describing. In other words, the sound of the Rephaim’s language sounded to the Ammonites as buzzing and is similar to what happened with the ancient Greeks who called the primitive tribes of Europe “barbarians” – because of the sound of their language.