The term ‘Shemitah’ }שמיטה} means in Hebrew ‘to leave or to release’ and it is referring to the following biblical description:

“But the seventh year you shall LET IT REST and lie fallow, that the poor of your people may eat; and what they leave the beasts of the field may eat…” (Exodus 23:11)

The Sabbatical year is mostly known in the Hebrew Bible by its other name ‘Shenat Shabbaton’ which actually bears a double meaning in Hebrew.

The first meaning is similar to the English ‘Sabbatical Year’ which means ‘a year of rest’ as in the special nature of this year according to the biblical commandment:

“But in the seventh year there shall be a Sabbath of solemn rest for the land, a Sabbath to the LORD. You shall not sow your field or prune your vineyard.” (Leviticus 25:4).

The second meaning of the Hebrew term ‘Shenat Shabbathon’ suggests that we are talking about the SEVENTH year. The number seven which is ‘Sheva’ {שבע}  In Hebrew, is ‘hidden’ in the word ‘Shabbat’ {שבת} (‘Sabbat’) so in many cases the Hebrew Bible uses the term ‘Shabbat’ with regard to the number seven – which has a special symbolism.

That is also the case, for example, in the biblical commandment of ‘counting the Omer’: 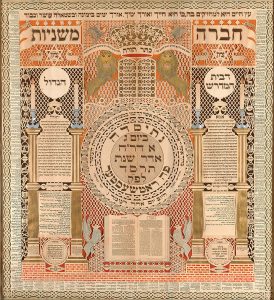 There, in the original Hebrew, the word for ‘weeks’ is ‘Shabbatot’ {שבתות} which is the plural form of Shabbat. In fact, even the Hebrew word for ‘week’ – ‘Shavua’ {שבוע} – is derived from the number seven ‘Sheva’ and so is the name of the ‘Feast of Weeks’ or Pentecost in Hebrew – ‘Shavuot.’ {שבועות}