The main ‘Mitzvah’ {מצווה} (commandment) of the ‘Feast of Sukkot’ is to of course be inside of the ‘Sukkah.’ {סוכה} Let’s have a look at the biblical source for this ‘Mitzvah’: 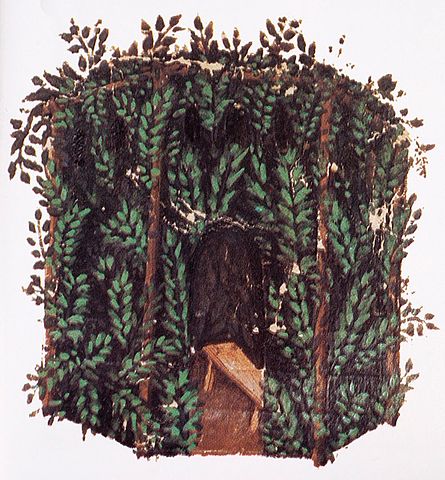 Here, we are witnessing one of the better examples of the gap between the original Hebrew of the Bible and the different translations. One can find in the original Hebrew the verb ‘Teshvu’ {תשבו} which derives from the Hebrew root Y-Sh-v {י-ש-ב}  that simply means ‘to seat’ (sit down).

It is true that this Hebrew root bears another meaning and can be understood as ‘to settle.’ In fact, the Hebrew words for ‘settlement’ and ‘colony’ are ‘Yishuv’ {יישוב} and ‘Moshavah’ {מושבה}(respectively) and come from the same Hebrew root.

Some of you may have heard about the unique cooperative Israeli settlement system which is known as ‘Moshav’ {מושב} and its name is derived from the same Hebrew root as well.

In other words, according to the Hebrew logic, there is a strong connection between the concepts of ‘sitting down’ and ‘to settle.’

However, the English translation uses the phrase ‘shall dwell’ which can ONLY be understood as ‘reside’ or ‘settle.’ The ambiguity of the original Hebrew in this case, has led to different approaches in the ‘Halacha'{הלכה} (the Jewish law). As such, most of the rabbis agree with the ‘English translation’ and explain that one should reside in the ‘Sukkah’ for seven days. Others have explained that when the Bible says ‘Teshvu’ it means literally ‘to sit down’ and that refers only for seating next to the table during the time of the meals.

During the long exile of the Jewish people, it was much more difficult to keep this biblical commandment – especially for the Jewish communities in Europe – because of the time of ‘Sukkot’ (around the end of September or mid-October) which is relatively rainy and cold for dwelling in a ‘Sukkah’ outside.

Therefore, more ‘practical’ regulations have emerged and most rabbis chose the second option which is ‘easier to carry out.’ In other words, taking as the commandment the meaning of the Hebrew verb ‘Teshvu’ which means ONLY to sit down next to the dinner table to eat meals in the Sukkah and not to sleep there – as was common in the warmer climate in the Land of Israel and the Jewish communities across the Middle East.

When Jews started to arrive back home – to the Land of Israel – the old custom of ONLY eating in the Sukkah has replaced with the OLDER custom of sleeping in the ‘Sukkah’ as well as eating meals.

Today, when one visits Israel during this time of the year, one will notice that a lot of people are sleeping in their ‘Sukkot’ at night.