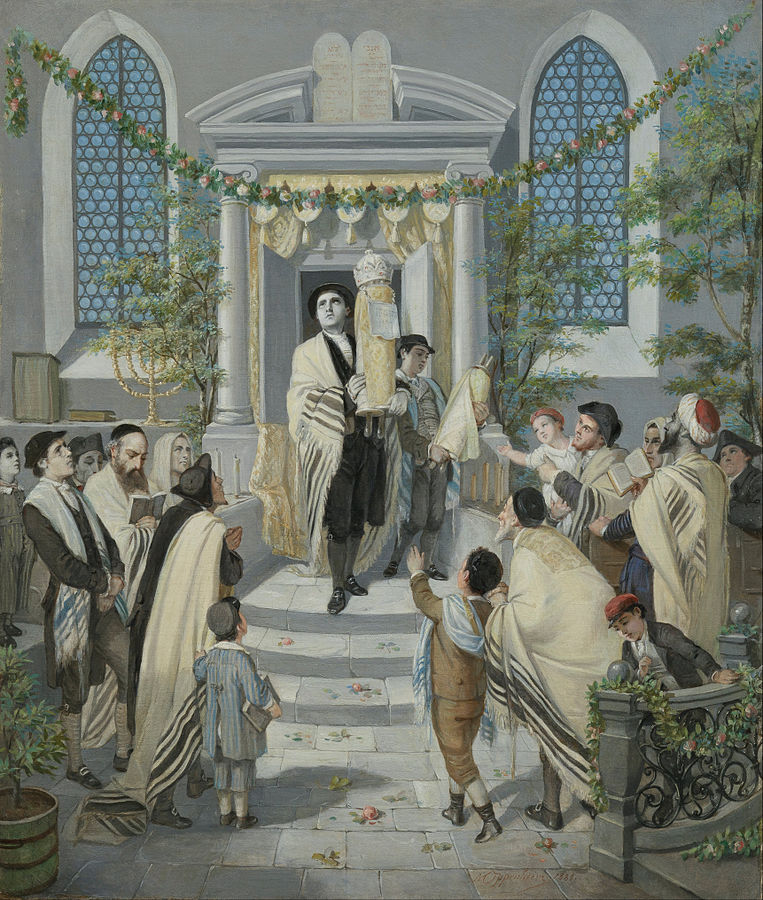 Today is the sixth of the Hebrew month of Sivan {סיון} and that means we are celebrating the Festival of Shavuot {שבועות}.

The Hebrew word for ‘seven’ is ‘Sheva’ {שבע} and the Hebrew word for ‘week’ is ‘Shavua’ {שבוע} – meaning seven days. The Hebrew name of the holiday ‘Shavuot’ {שבועות} means ‘weeks’ and represents, according to the Jewish tradition, another phase in the journey of the people of Israel towards the Promised Land.

In Passover, the Exodus from Egypt took place, and then exactly seven weeks later they received the Torah at Mount Sinai.

While the Temple in Jerusalem was still standing ‘Shavuot’ was one of the three Jewish Pilgrimage Festivals:

“Three times in the year you shall keep a feast to me… You shall keep the Feast of Harvest, of the firstfruits of your labor, of what you sow in the field.” (Exodus 23:14,15)

This biblical verse is the origin for ‘Shavuot’ and for two other popular Hebrew names of this holiday: ‘Chag Ha-Katzir’ {חג הקציר} (‘the Feast of Harvest’) and ‘Chag Ha-Bikurim’ {חג הביכורים} (‘the Feast of the Firstfruits’).

After the destruction of the Temple in Jerusalem and during the long Exile, new traditions have been added such as staying up all night for Torah study (this is the day the Torah was given according to the Jewish tradition) and reading the Book of Ruth because of the time of the year this biblical book took place (during the harvest season).

In the 20th century, this holiday has become one of the most important Jewish holidays for the ‘Kibbutzim’ {קיבוצים} in Israel. Due to their agricultural nature and their pioneering spirit, they celebrate this holiday each year with a big festive event in which they present the first fruits – as mentioned in the Bible.

The custom of studying the Torah all night has become a major event in Israel as well. During the night of this holiday, rabbis, professors, intellectuals, poets, artists and even politicians discuss the Bible and give free lectures to the public all across the country.