About a month ago, the holiday season  started in the Jewish world. It began with Rosh Ha-Shanah {ראש השנה} (the Jewish New Year), continued with the fast of Yom Kippur {יום כיפור} (the holiest day in the Jewish calendar) and ended with the seven day celebration of the Feast of Sukkot {סוכות} (Feast of Tabernacles).

The day after Sukkot is yet another holiday and is known by its biblical name ‘Shemini Atzeret’ {שמיני עצרת}which is Hebrew for ‘Eighth (day of) Assembly.’ However, most people in Israel refer to this holiday as ‘Simchat Torah’ {שמחת תורה} (Hebrew for ‘rejoicing of the Torah’). What is the reason for this? 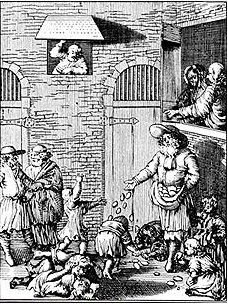 Well, in order to understand that we need to talk a bit about the Jewish concept of ‘Yom Tov Sheni Shel Galuyot’ {יום טוב שני של גלויות} which means the second festival day in the Diaspora (outside of Israel) and refers to the ADDITIONAL day of holiday which is common to celebrate in Jewish communities OUTSIDE of Israel.

When we talked about  Rosh Ha-Shanah, we mentioned that in the old days the Jewish sages determined the dates of the holidays in the Hebrew Calendar according to the appearance of the New Moon. The decision was made in the Temple in Jerusalem and was transmitted to the Jewish communities outside of the Land of Israel by fires which were lit on the tops of high mountains.

Because this message by fire could take a day until it was actually seen from afar, the Jewish communities outside of the Land of Israel decided to be on the safe side and to ADD an extra day to the original ONE day holiday.

Now, Shemini Atzeret  is a biblical holiday that finds its origins in the Book of Leviticus (23:33-37) and it means that this holiday is celebrated for ONE more day outside of the Land of Israel.

Because of its date, meaning the LAST holiday in the holiday season, it was decided more than a thousand years ago to mark this EXTRA day of holiday as the END of the annual cycle of the Torah reading. Hence, its name ‘Simchat Torah’ which means rejoicing of the Torah refers to the festive and happy atmosphere at synagogues worldwide.

While in the Jewish communities in the Diaspora (outside of Israel) this is still considered the EXTRA day of the biblical holiday of Shemini Atzeret, in Israel there is NO extra day added to the biblical holidays and that is why Simchat Torah and Shemini Atzeret are celebrated in Israel ON THE SAME DAY and are known for most people in Israel by different names for precisely the same day…