The Book of Leviticus lays out the different kinds of the ‘Korbanot’ {קרבנות} (Hebrew for ‘sacrifices’) and that their purpose was to get closer to God. In last week Prophets’ portion (Isaiah 43) it seems that there is a part which speaks about the absolute contrary of getting closer to God, as can be found the following example 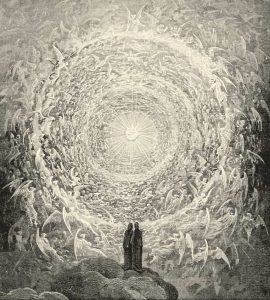 “The people whom I formed for myself that they might declare my praise. “Yet you did not call upon me, O Jacob; but you have been weary of me, O Israel!” (Isaiah 43:21-22)

An old Jewish-Chassidic story explains in a very clever way what exactly the argument in these words is, by using an allegory:

One time a person went to the market and saw a fruit stand that was selling nuts. He noticed that the buyers – who paid a full price for the nuts – were peeling the shell and throwing it into the trash and because of that were paying for something that they had only used half of. Then, he began thinking about that and came up with a ‘brilliant’ idea! He would collect the nutshells from the trash and sell them for half- price, because the shell is ‘half of the nut. After a short time, when no one bought anything from him, he went to ask the seller from the fruit stand how come no one wants to buy the nutshells?

The answer was that in order to get the inside of the nut, people are buying also the shell, but who in his right mind would buy only the shell – at any price?!

The lesson of this allegory is that God words ‘the people whom I formed for myself that they might declare my praise’ – means that the purpose of creating people was for them to focus on the inside (like ‘the inside of the nut’), the ‘spirituality’.

However, the continuation of the verse is ‘Yet you did not call upon me’ – meaning the people have followed the ‘outside’ (like ‘the nutshell’), the ‘materialism’, and like in our nice little story, the ‘outside’ alone without the ‘inside’ is not worth ANYTHING.