Today is the 10th of the Hebrew month of “Tevet” {טבת}. It is one of the six fast days in the Jewish calendar and one of the four fast days that are related to the destruction of the Temple in Jerusalem. 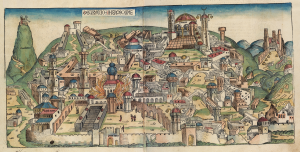 This fast day commemorates the siege of Jerusalem by the Babylonians under the leadership of Nebuchadnezzar, as recorded in the Bible in the Book of Kings:

“And in the ninth year of his reign, in the tenth month, on the tenth day of the month, Nebuchadnezzar king of Babylon came with all his army against Jerusalem and laid siege to it. And they built siegeworks all around it.” (II Kings 25:1)

One of Zachariah’s prophecies is that in the future all four of the fast days that are related to the destruction of the Temple in Jerusalem will become happy and joyful days (“fast of the tenth’s referring to 10th of “Tevet”):