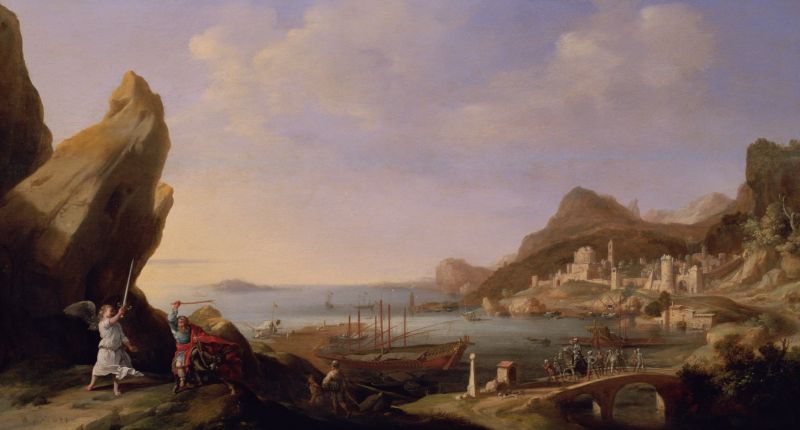 Even though our weekly Torah portion is named after Balak the son of Zippor the king of Moab, the main figure of this story is Balaam the son of Beor – who was requested by Balak to curse the Israelites but ended up blessing them instead (Numbers 22-23).

This biblical story gave rise to TWO famous idioms in the Hebrew language. The first one is ‘Ba Le-Kalel Ve-Yatza Mevarech’ {בא לקלל ויצא מברך} which literally means ‘one wanted to curse but ended up blessing.’ It is used in Hebrew in a situation in which a person has bad intentions and wants to criticize or say bad things about someone/something but without noticing he or she actually made the someone/something look GOOD.

The second idiom is taken from an interesting Midrash (an old Jewish lesson) which interprets the nature of the following biblical verse:

“God said to Balaam, “You shall not go with them. You shall not curse the people, for they are blessed.” (Numbers 22:12)

According to the Midrash, there was a hidden dialogue there between God and Balaam:

The Midrash continues and ends with the following words:

“The same as with the wasp: ‘Lo Me-Duvshech Ve-Lo Me-Uktzech.’” {לא מדובשך ולא מעוקצך} This Hebrew idiom literally means ‘Not from your honey and not from your stinger’ or in other words, I have no desire for what you are suggesting to me, not for the good in it and not for the bad in it.

Note: This old Jewish story is over 1000 years old and it originated in the Galilee (the northern part of the land of Israel). Back then, the Hebrew word ‘Tzerah’ {צרעה} (‘wasp’) was used to describe bees as well.