Betzalel Ben Uri (Hebrew for Betzalel, the son of Uri) or simply Betzalel became well known because he was the chief artisan of the Tabernacle and its vessels. When God told Moses to appoint Betzalel for this position, the Bible uses very unique and fascinating words to describe the qualities one has to possess in order to carry out this divine mission:

“See, I have called by name Bezalel the son of Uri, son of Hur, of the tribe of Judah, and I have filled him with the Spirit of God, with ability and intelligence, with knowledge and all craftsmanship.” (Exodus 31:2-3) 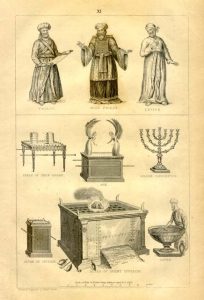 Ability, intelligence and knowledge are the three main qualities as illustrated in this verse. It seems like most of the Bible translations had challenges in finding the right translation for the original Hebrew. Because of this, I would like to start today a short series of three posts that will explain and analyze the real meaning of these very important Hebrew terms.

In the “Vulgate” (the old Latin translation of the Bible) the word ABILITY word was translated as ‘sapientia’ – which is the origin of the English word ‘sapience.’ In the Ancient Greek Septuagint this word was translated as “Sophia” as in the words ‘philosophy’ or ‘sophisticated.’  In the original Hebrew, this word appears as ‘Choch’ma’ and it can mean ‘wisdom’ – as translated in many of the English Bible translations. This Hebrew word shares the same root as the word for ‘smart’ (‘Chach’am’) and in Modern Hebrew this root is also used in the word ‘sophisticated’ (“Metuch’kam”).

Tomorrow’s post will deal with the meaning of the word ‘intelligence.’