After the people of Israel had increased greatly in numbers in Egypt, Pharaoh decided to oppress them:

” Therefore they set taskmasters over them to afflict them with heavy burdens.”(Exodus 1:11)

In the original Hebrew the terms “taskmasters” (“Sarei Misim” {שרי מיסים}) and “heavy burdens” (“Sivlotam” {סיבלותם}) are strongly connected to one another and mean ‘forced labor’ and suggest a major building project.

This phenomenon was common in the Ancient East and especially in Egypt (pyramids and other impressive ancient buildings). 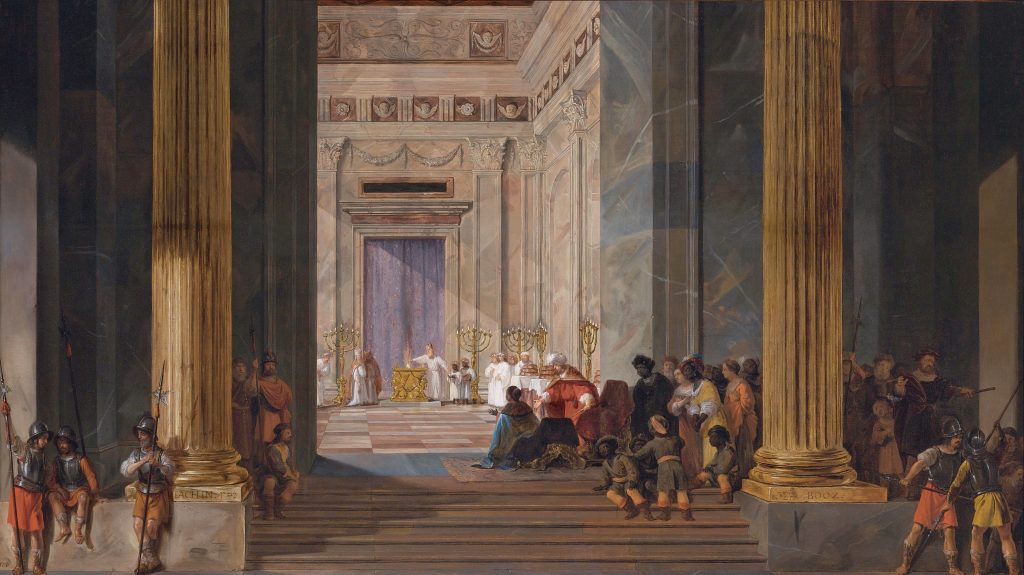 In both Biblical and Modern Hebrew, the word “Misim” {מיסים} means taxes and the word “Sivlotam” share the same root as the word “porter” (“Sabal” {סבל} or simply to carry heavy things.

Interestingly, we can find this combination of these two Hebrew roots (“s-b-l” {ס-ב-ל} and “m-s-s” {מ-ס-ס}) once more in the Bible in the Book of I Kings, in the description of the building process of King Solomon’s temple.

But unlike Pharaoh who “afflicts them with heavy burdens,” King Solomon told Hiram king of Tyre:”… And my servants will join your servants, and I will pay you for your servants such wages as you set…” (I Kings 5:6)