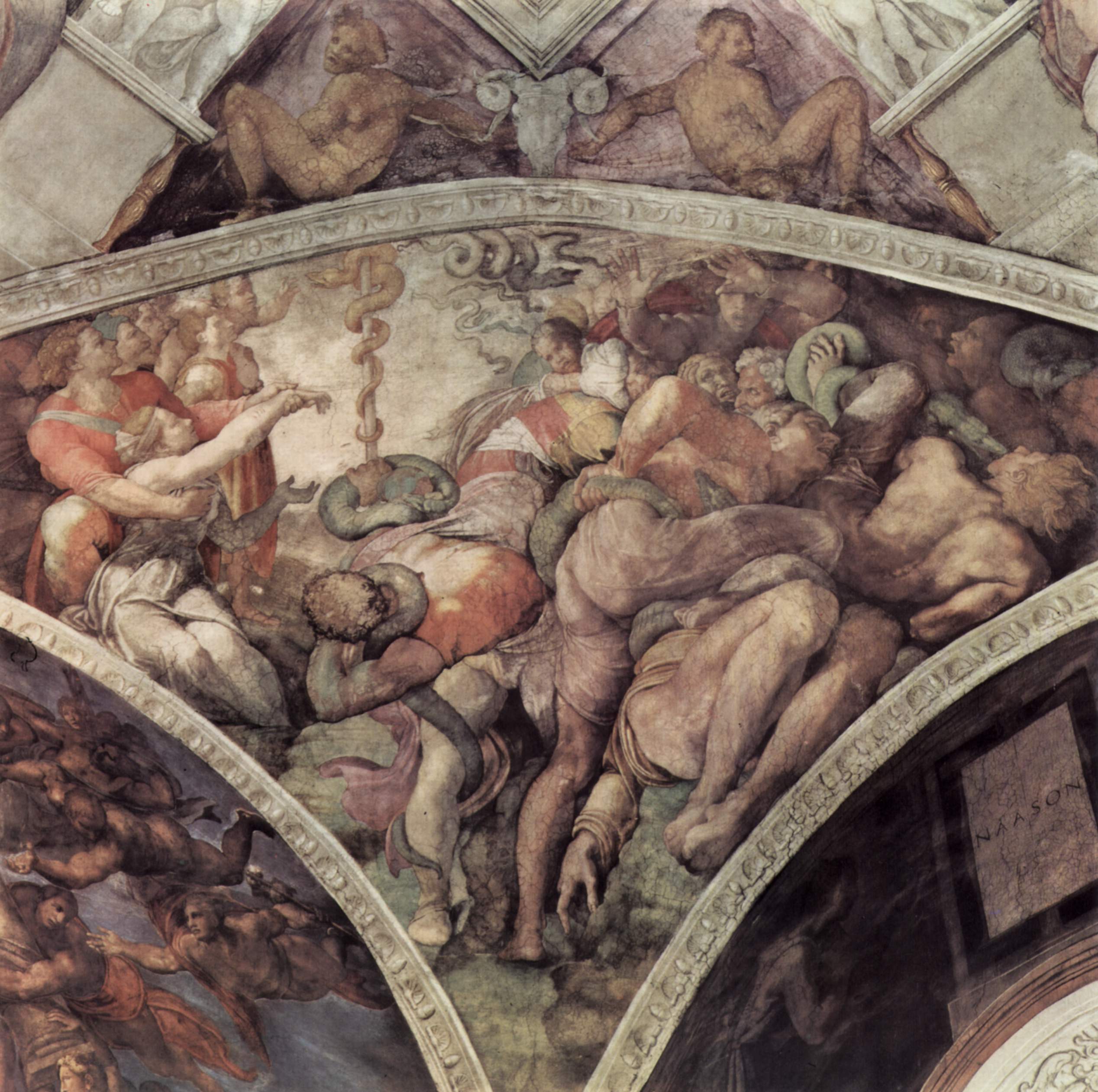 Chapter three of the Book of Genesis opens with the following words:

“Now the serpent was more crafty than any of the wild animals the LORD God had made. He said to the woman, “Did God really say, ‘You must not eat from any tree in the garden’?” (Genesis 3:1)

The English translators of the Bible encountered some difficulties in translating the Biblical Hebrew adjective ‘Arum’ {ערום} which appears in this translation as ‘crafty.’ The usage of this interesting Hebrew adjective to describe the nature of the snake is no coincidence, as we are about to see.

So what is the connection between the opening verse of the third chapter and the ending of the second chapter? And how does it relate to the crafty nature of the snake, you ask?

Well, of course the answer lies in the original Hebrew. The Hebrew word for ‘naked’ is… ‘Arum!’ {ערום} Yes, that’s right, the SAME  word that was used to describe the crafty nature of the snake.

The Hebrew adjective ‘Arum’ comes from the noun ‘Ormah’ {עורמה} which can be found frequently in the Book of Proverbs, such as in the following example:

“I, wisdom, dwell together with prudence; I possess knowledge and discretion.” (Proverbs 8:12)

In the original Hebrew, the word ‘prudence’ appears as ‘Ormah’ and actually refers to a NEUTRAL quality of smartness which gives one the wisdom to not be naïve and to either be careful and watch out (positive) OR to deceive people by knowing something is not good for them and yet to encourage them to do so (negative).

In other words, when a person gains wisdom, learns a lot and increases in knowledge, in the process of that, one also ‘absorbs’ other qualities which come with wisdom such as ‘prudence’, for example.

How can this quality be neutral? Well, it depends upon how one is using this gift – for good or for evil.

In the case of the snake, there is NO question about it, the snake used this quality for evil, because the snake knew eating from the tree was not good for Adam and Eve. In theory, a positive example would have been if the snake was using its ‘wisdom’ and WARNED them NOT to eat from the tree.

But what is really interesting is to find out how this quality affected Adam and Eve. In other words, BEFORE they ate from the tree of knowledge of good and evil – and gained ‘wisdom’ – they were naïve: ‘the man and his wife were both naked, and they felt NO SHAME.’

However, AFTER they had eaten from the tree of knowledge of good and evil they gained ‘wisdom.’  And as we have just learned, together with the wisdom also comes the ‘Ormah’ (‘prudence’), so the question is how did Adam and Eve use this neutral quality? For good or
for bad?

Well, first they have lost their naivety: ‘then the eyes of both of them were opened, and they realized they were NAKED,’ and then they became more crafty (craftier) as can be seen in Adam’s answer to God:

‘I heard you in the garden, and I was afraid because I was NAKED; so I hid.”

And so a full CIRCLE has been completed: first Adam and Eve were ‘Arumim’ {ערומים} (‘naked’) and that was fine (they felt NO SHAME), then the snake was ‘Arum’ (‘crafty’) and deceived them. Finally they ‘went back’ to being ‘Arumim’ again – only this time it means BOTH original Hebrew meanings: ‘naked’ and ‘crafty.’

“I heard you in the garden, and I was afraid because I was NAKED; so I hid.”